How Does One Go About Becoming a Pilot? 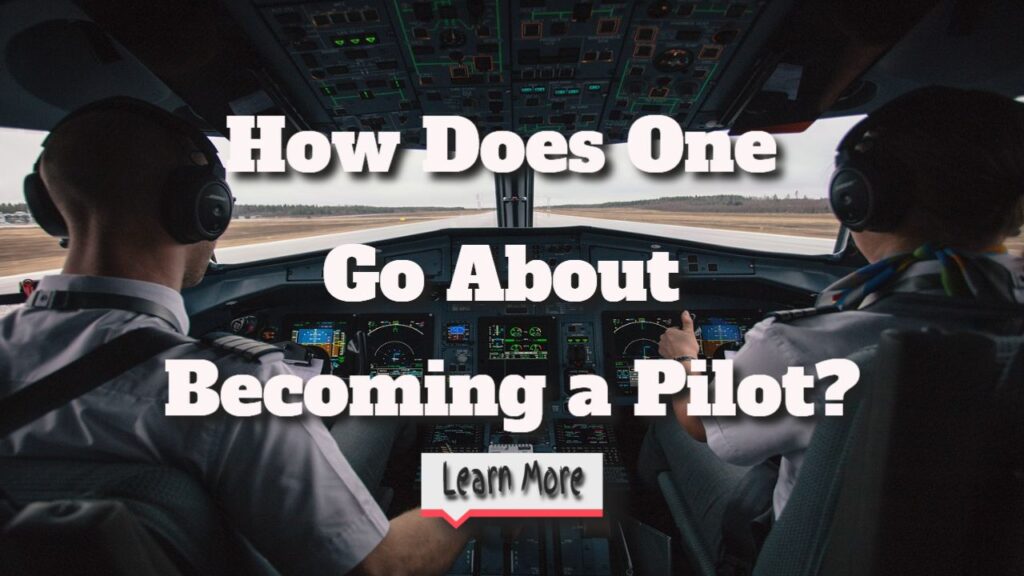 How Does One Go About Becoming a Pilot?

What is the job of a commercial pilot?

How Does One Go About Becoming a Pilot?: Commercial pilots are in charge of flying and piloting commercial planes and helicopters. Commercial pilots fly planes for scheduled airlines that transport passengers and commodities, such as full-service, charter, and low-cost carriers.

They primarily work for commercial airlines and are in charge of conveying passengers flying for pleasure or business.

Their primary role is to fly the plane, although they may also check the weather and do pre-flight inspections throughout the day. Pilots must also ensure the safety of the aircraft's crew and passengers.

What Are the Primary Responsibilities of a Pilot?

Pilot responsibilities differ depending on whether the flight is long-haul, international, or a one-hour domestic flight, among other factors.

A pilot's general responsibilities are as follows:

All instruments, engines, fuel, and safety systems aboard the aircraft are examined before to flight.

cooperating with flight controllers to determine the best flight path

In the event of a weather emergency, changing the flight path

Informing cabin crew, passengers, and crew about the progress of the trip

Final reports on problems encountered during the flight

The technical performance of the aircraft, as well as the safety of the navigation and operational systems, are routinely verified before each flight.

What education and experience do I need to become a commercial pilot?

Before you may work as an airline transport pilot, you must first obtain an Airline Transport Pilot License (ATPL). This training takes approximately two years and can cost up to £100,000 in total.

To be considered for pilot training, you must have a strong academic record. For example, A*-C (9-4) grades and A levels in English and mathematics. Science or a second language would be advantageous.

You must be at least 21 years old and pass a security clearance to apply for an ATPL. A Class 1 medical fitness certificate is also necessary.

Most ATOs will put you through exams to verify you have the right mindset and abilities to be a good pilot.

Through written papers, interviews, group exams, and simulator tests, you will be challenged to demonstrate problem-solving, spatial awareness, and interpersonal ability.

Commercial pilots must have good leadership qualities, the ability to stay focused and level-headed under pressure, the ability to solve complex problems, be decisive, and have excellent communication skills.

What Is the Usual Commercial Pilot's Professional Path?

All of the pilots have completed an intensive flight training program and hold either a commercial pilot's license or a commercial airline certificate.

Depending on their unique flight assignment and airline, most have also received one or more advanced ratings, such as instrument, multi-engine, or type ratings.

Minimum requirements for pilot and captain positions may include “2000 hours overall flying time” and “1000 hours PIC on commercial aircraft.”

Hiring airlines also want to check applicants for pilot positions who have not been involved in any accidents or injuries.

All commercial pilots, including captains, must undertake annual training and simulator exams.

Some airlines, such as Lufthansa, allow pilots to participate in flight operations projects in order to get managerial experience outside of the cockpit.

How Does a Person Become a Pilot?

Pilot training can cost up to £100,000. This is an important aspect of your job that you should consider.

Places on such programs are limited and exceedingly challenging, but if approved, you will be given multiple chances.

Is it common for pilots to make a lot of money?

The most experienced pilots at the world's largest airlines may expect to earn £140,000 or more.

The post How Does One Go About Becoming a Pilot? appeared first on https://gqcentral.co.uk