Terrible Twos Behavior – What is It? 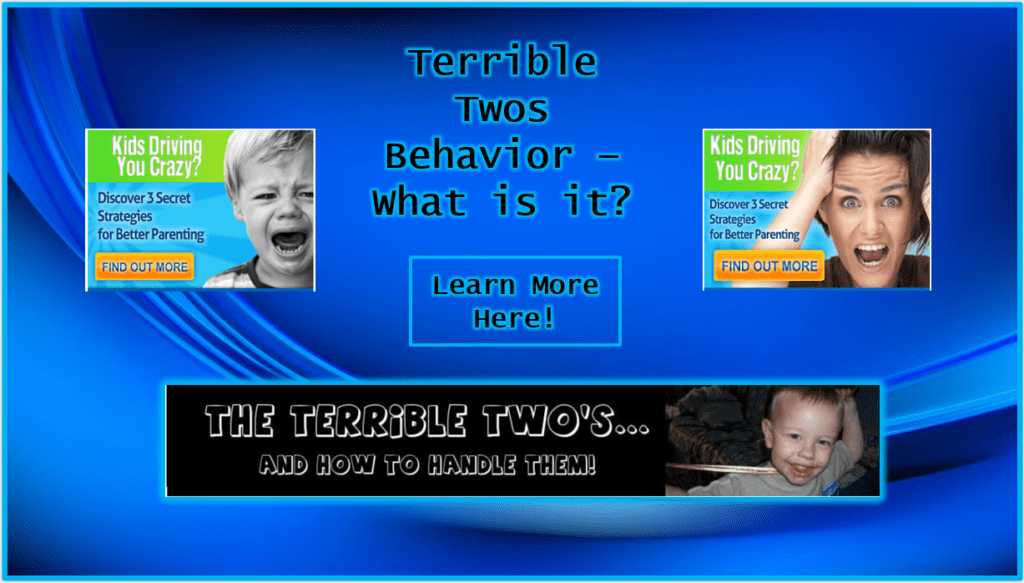 Is my child now showing signs of the dreaded “terrible twos behavior”?

I suppose I wanted to overview the Terrible Twos briefly and why they happened. Assume you're a new parent who is “waiting” for this stage. Maybe you are a parent, grandparent, or babysitter who is presently experiencing it. If that's the case, you'll undoubtedly find some essential information and parenting helpful advice! Raising children may be difficult at times.

The terrible twos, which usually occur between 18 months and three years, are marked by greater assertiveness, a desire for independence, and dissatisfaction. These characteristics linked with this developmental period are regular tantrums, constantly saying no, failure to obey caregiver directions, stubbornness, and being quickly upset.

TERRIBLE TWOS BEHAVIOR AND THE DEVELOPMENT OF CHILDREN

The terrible twos are a natural developmental period for many children and do not require mental health care. This stage usually passes on its own. On the other hand, parents who set proper limits and follow standard guidelines may better regulate their children's conduct during this time.

Some parents have found the following tactics to be beneficial in dealing with the terrible twos:
Rewarding youngsters for expressing their needs in an acceptable manner
Ignoring tantrums and not succumbing to them
Parents can use time-outs to help youngsters relax.
When youngsters do not have tantrums, reward them with toys or special trips.
Calmly conversing with youngsters that are having tantrums.

The Terrible Twos is a difficult period for both the toddler and the parents.

Although the terrible twos behavior is most frequent between the ages of two and three, it is not uncommon for the behavior to manifest itself in the year before or after. My firstborn son Kaleb went through the terrible twos stage between the ages of three and four. On the other hand, my second child, Seth, has arrived at the age of three like clockwork!

Aggressive, belligerent, demanding, unreasonable, and mischievous conduct. These are all characteristics of the terrible twos. Some babies are minimally affected by the terrible twos, while others become devils!

Temper tantrums, punching and biting, shouting, mischief, and a general reluctance to do just about anything are the most common manifestations of terrible twos behavior. All parents and guardians must understand that this conduct is TOTALLY NORMAL. The behavior is not personal. It is not directed at them, and not indicative of a bad child.

A child's difficulties in the terrible twos are the primary cause of this troublesome toddler behavior. It's a moment in their lives when their minds are far ahead of their bodies and talents.

The youngster knows precisely what they want to do or say, yet they cannot express themselves. Consider how aggravating that must be! They're also experimenting with their ever-shifting limits and seeking to demonstrate their developing desire for independence.

Parents and guardians dealing with the terrible twos must remember that these are challenging times. They may, however, be made tolerable by following a few recommendations.

These youngsters in their terrible twos want consistency!

As much as possible, try to keep to it.

Set boundaries and don't give in to tantrums, or you'll never recoup the ground you've lost!

Discipline fairly and reasonably. This is where time-outs come in handy!

Provide a safe setting for the youngster in the terrible twos, especially when they are furious!

Provide specific alternatives rather than available possibilities to the terrible twos kid to feel like they are making selections.

Above all, avoid getting into a dispute or screaming battle with your kid. Do not strike out at them, and keep your cool while dealing with these errant angels!

On the surface, ignoring some of your child's misbehavior is silly. After all, aren't you helping your child to get away with acting out if you ignore their behavior? Certainly not.

Only pay attention to conduct that seeks your attention. When you turn away and pretend you can't hear, you're basically saying, “Your attempts to attract my attention via misbehaving aren't going to succeed.”

“Selective ignoring” is used to describe this form of ignoring. When paired with other disciplinary techniques like praise, incentive systems, and time out, it's a successful discipline strategy.

When Should You Ignore Your Terrible Twos Toddler? 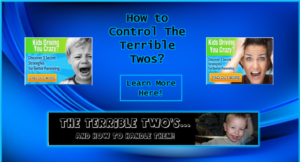 To gain attention, children will frequently go to tremendous lengths. When they don't receive favorable attention, they often act out to receive negative attention. Ignoring attention-seeking behavior teaches children that whining, yelling, or pleading won't work so they won't do it again.

Selective ignoring also teaches your youngster how to manage their emotions in a socially acceptable way. Instead of yelling and stomping their feet when they are sad, ignoring them might teach them that they must use words if they want you to soothe them.

You Can Ignore These Habits

Ignoring attention-seeking behaviors like whining, temper tantrums, and talking back can be reduced by ignoring. These habits aren't as entertaining without an audience, and they'll fade away with time.

You could consider disregarding other behaviors like cursing, depending on your principles. Some parents are unwilling to tolerate profanity and want to punish their children immediately.

It's critical not to overlook more significant behaviors like hostility. There must be a clear negative consequence. For example, the loss of privileges or a time-out is required for this conduct.

When dealing with the terrible twos, keep in mind that the child isn't “behaving badly” to annoy you. (That comes later ;)) Instead, your youngster is attempting to demonstrate independence without fully developed speech abilities.

Understanding the terrible twos behavior will help you manage this developmental stage. You will also find strategies to deal with it more effectively without becoming enraged or aggressive. You can assist your child get through this frequently tough time by acknowledging the changes they are going through. Respecting their needs while remaining firm in your boundaries is so important when it comes to terrible twos behavior!

The post Terrible Twos Behavior – What is It? appeared first on https://gqcentral.co.uk